One of the first fully stock Blythe releases that I fell in love with (once I knew what I was doing, and looking at) was Le Jardin Maman – and I’m pretty sure it was because of this series of photos I found on Flickr. So I set out on my journey to find one, where I realised how much more some of the older releases end up costing. I truly understood that Blythe was a collectible.

Then I found her. She wasn’t so cheap, but she was about half of what I had seen on eBay. I spoke to the seller (who I now have a lovely friendship with) and he sent her my way. I was so excited! He had warned me though, that she had been sitting on a shelf in a box for very long, and that he dress had discoloured. 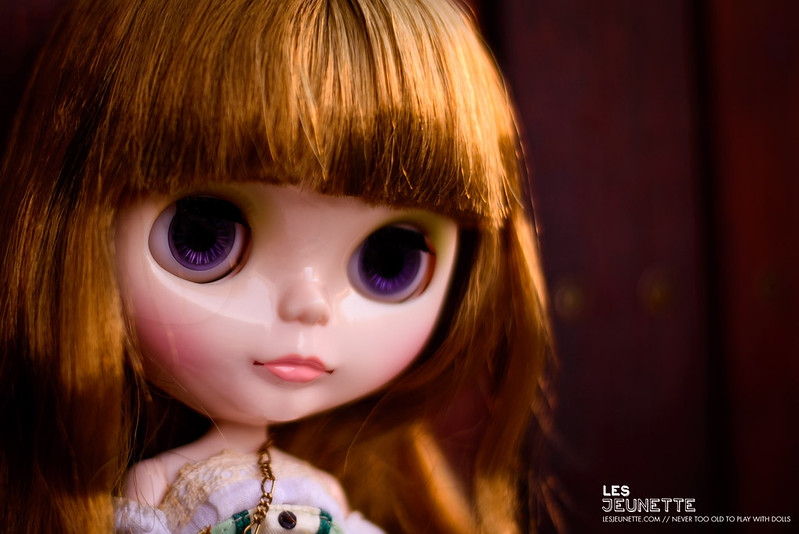 When she arrived, I realised he was quite right. The white on the top of her dress had faded to yellow-cream, and there were discolourations. Not to worry, nothing a little laundry won’t fix! The plus side of it was that she was just as beautiful as ever. I named her Dahlia, as she had flowers printed all over her dress.

She has gorgeous rosy cheeks and lips, with a bizarre little lip shape with two triangles at the end. She has greenish eyeshadow, and creamy skin, and her hair is a greened copper brown. 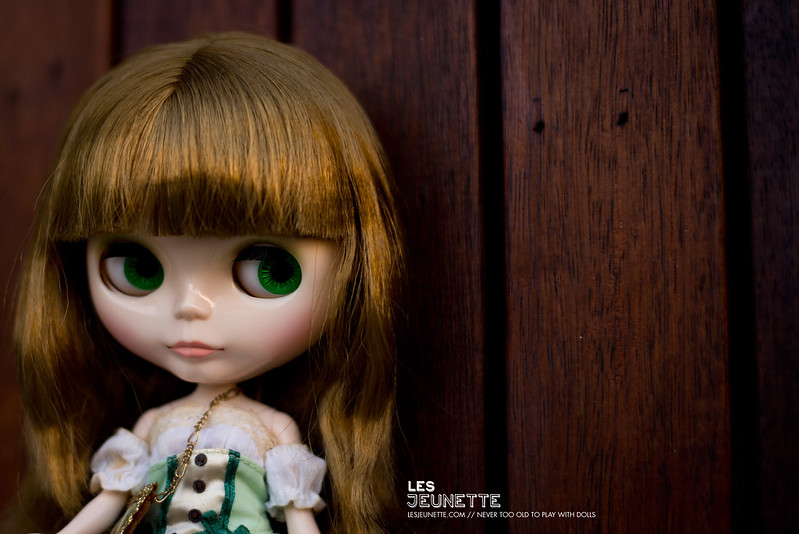 She has three beautiful eyechips (a purple which suits her perfectly, emerald green, and pale green) and the front facing pinks (which I am never a fan of). Her hair was good quality out of the box.

So it is a massive shame that her stock came a little damaged. Let’s not lie, Blythes are not the most resilient of creatures, suffering from cracked pelvises, brittle plastic, and melty contact plastic! Speaking of which, Dahlia’s boots which came with her stock had long melted into eachother in the box. I am guessing it is not a good idea to leave the shoes on Blythe all the time. 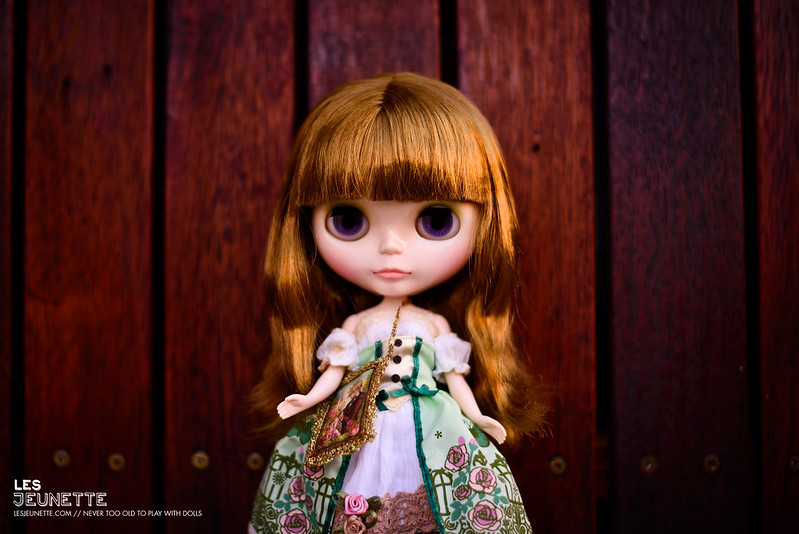 I thought perhaps it was an isolated situation, before I started coming across listings of older girls all with some staining problems in box. I recently ordered another Simply Peppermint, to replace the baity Peppermint I have for customisation. She had the same problem. Peppermint, released in 2009, arrived at my doorstep still in her shipper covered in yellow stains… and *gasp* was a little mouldy.

The worry then is purchasing these older grail girls and expecting, if they are still in box, for them to be perfect. But…. sadly through my experience, it’s harder to spot the damage when the dolly remains in the box! In the future, I am considering re-bodying a lot of the girls to a Pure Neemo, which seems to have a much less soft plastic, less prone to melt.

The biggest problem though? Is that these older girls… have a lot of character. And they’re gorgeous. And you add them to your ever-growing and stupid looking wishlist.

As for Dahlia? Her and I have not completely bonded yet. But after this photoshoot I’ve started loving her a lot more. 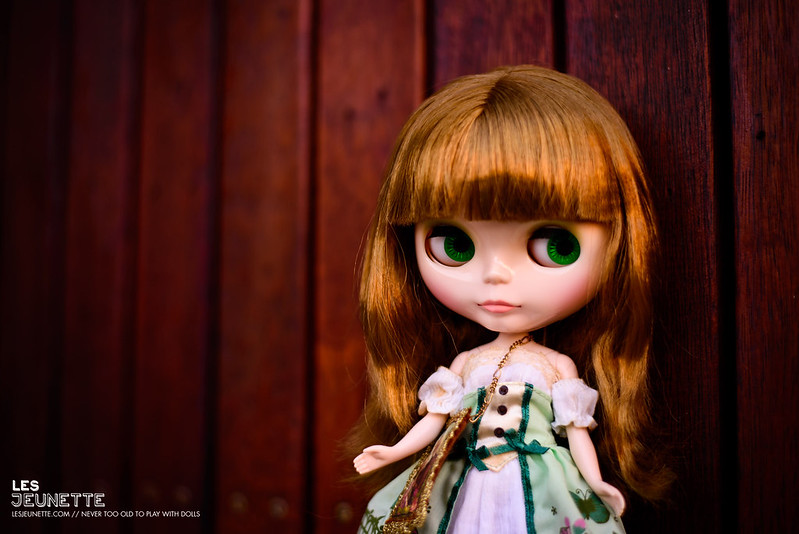