Dauphine Dream is the 14th Anniversary doll for the return of Neo-Blythe. She arrived with much pomp and circumstance, and with a great thud on my door step. Let me introduce you to one fancy lady. 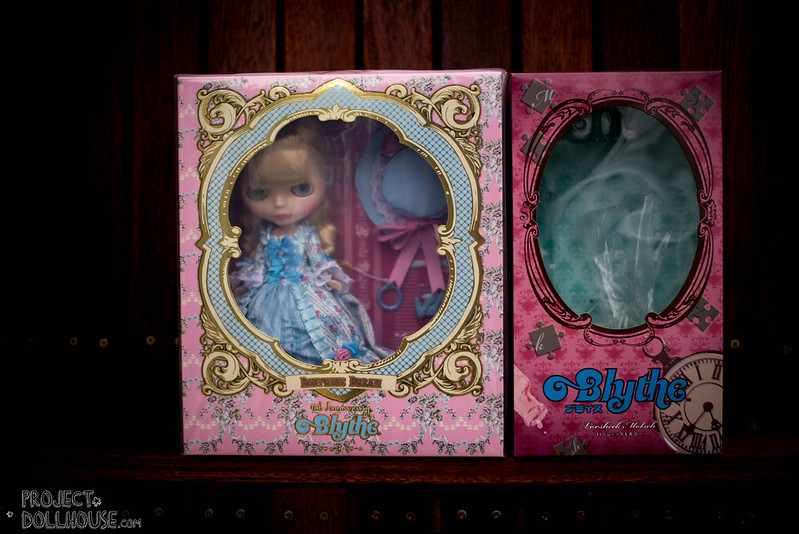 Miss Dauphine arrived in a box that was significantly bigger than a normal one. Above, I have her against Lorshek Molseh’s box. She’s a super fancy lady. Even her box is fancy. It’s covered in gold foil and many tiny little flowers and lace print. 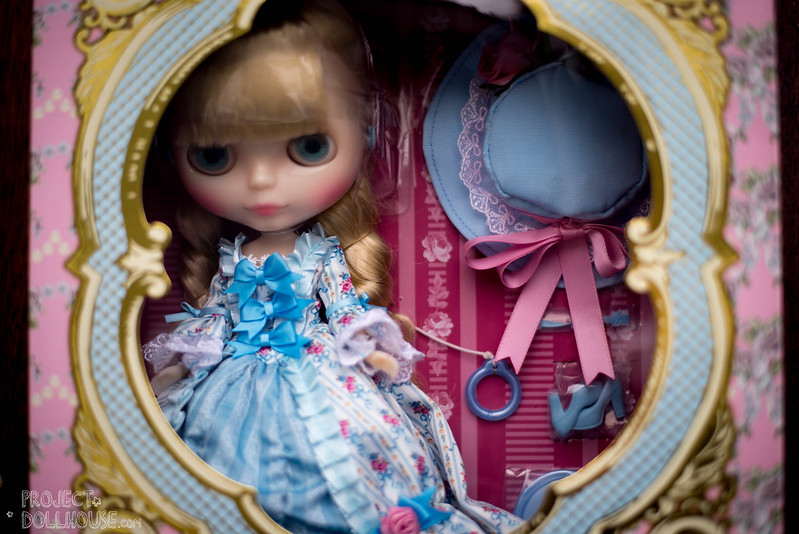 Peeping inside the box you can see that he dress is huge, she comes with a fancy hat, she has some awesome blue chunky-heeled pumps, and her pull ring is a satiny baby blue. 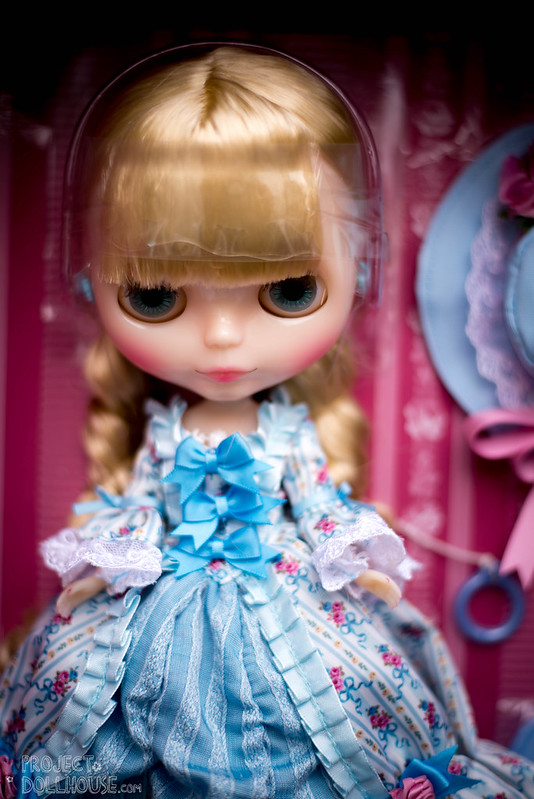 After pulling off her plastic slip, I did let out an audible “Ooooh” as I looked at her skin tone. She’s a bit different to my other translucents (Nos Pop and Curly Blue Babe) as her skin is so softy coloured, as are the lips. She’s a paler sort (closer to Nos than CBB) but its so creamy and lovely. 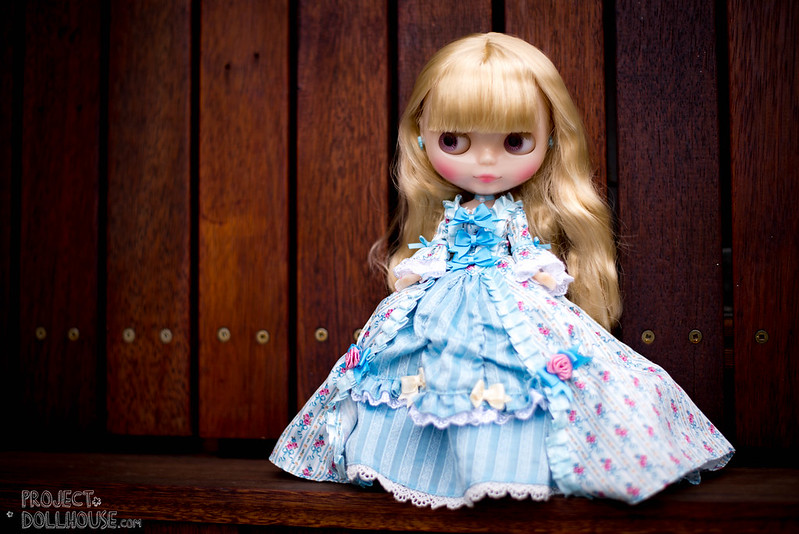 I spent some time getting Dauphine out of her box and WHOA. Look at HOW HUGE her dress is! She is sooo frou-frou! Her dress is covered in pleats and frills and lace, she even has this chiffon under-skirt to help it stay fluffy. The back of her dress is connected at the shoulder-line, adding a giant-cape like derrière. 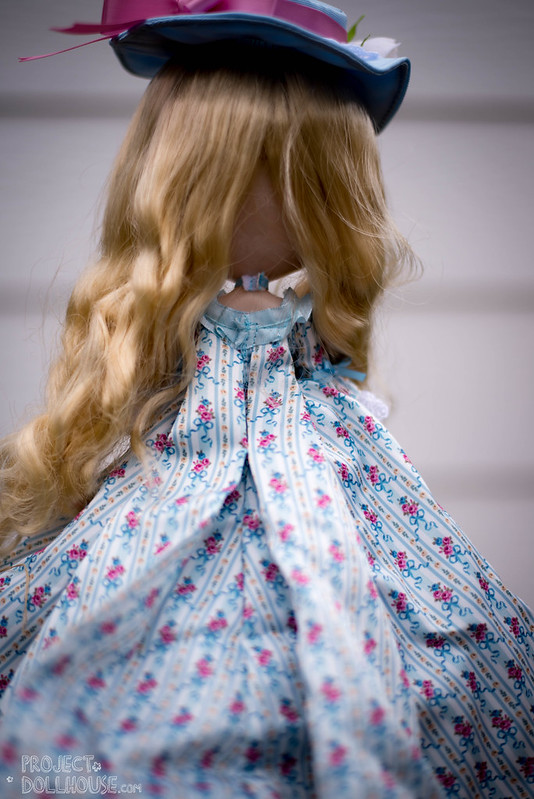 She has quite intensive curls. She’s a pale blond, lighter than Margo, but with almost the same crazy hair. Mine came out a bit crispy out of the box, but a lot better than some other releases. A picture of her hair out of box is below. She’ll be getting a spa very soon. 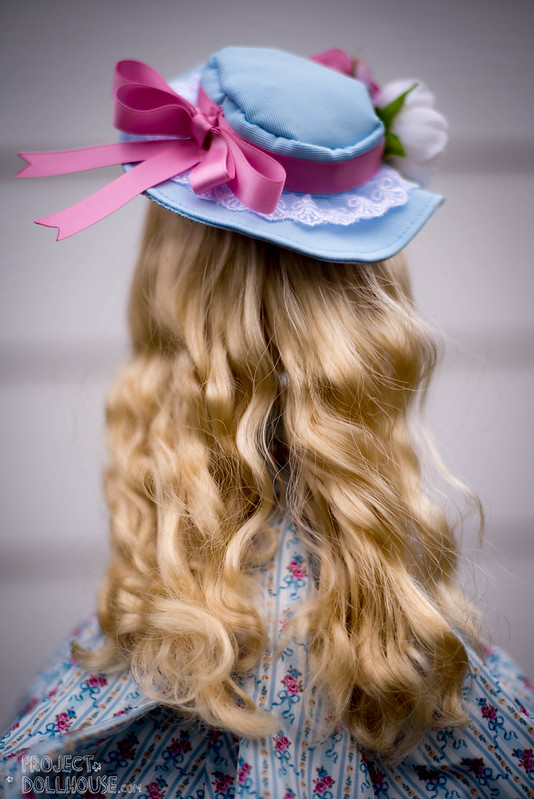 As mentioned earlier, Dauphine has this lovely soft face-up that I think will go with a lot of looks. She has these little lips which are coloured more intensely in the centre, and blend out to nothing (a good friend calls them “K-pop star lips”, JunieMoon calls it “softly blurred”). Like some of the special skinned girls of the past, she also has two little lines painted at the corners of her lips to show depth. 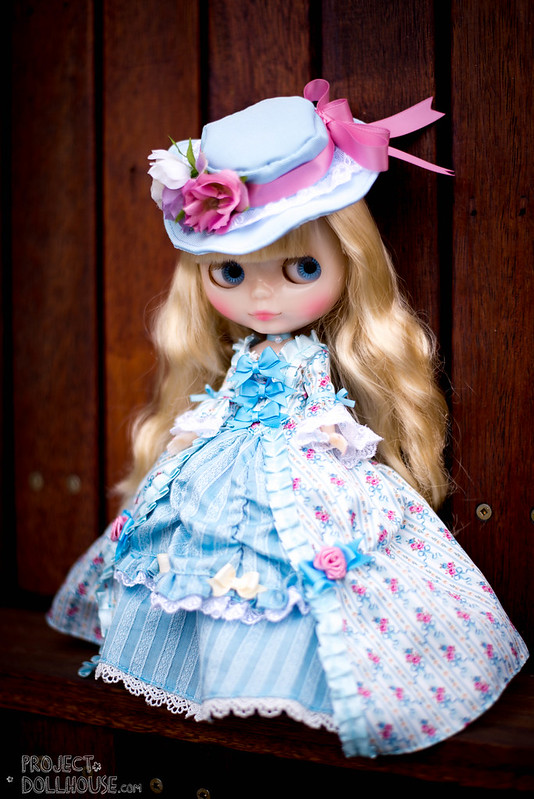 Dauphine has some pretty eyes. Her lashes are a pale brown to match her hair, and she has 4 of the prettiest eye chips I have seen on a stock doll. A gorgeous sky-blue that matches her dress, a slightly lighter blue, a pretty brown, and a soft lilac. 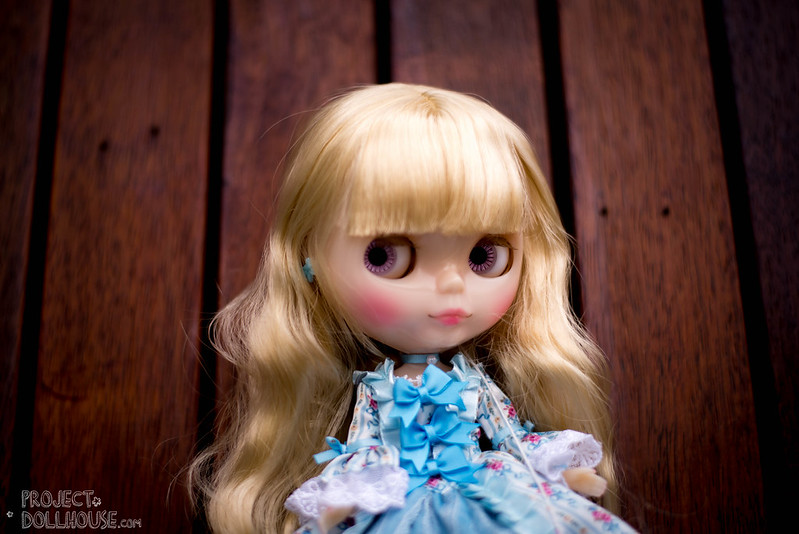 The lilac chips remind me a bit of the ones that came with Bianca Pearl. She also comes with two extra accessories – her pearl choker and these cute little blue bowed earrings. 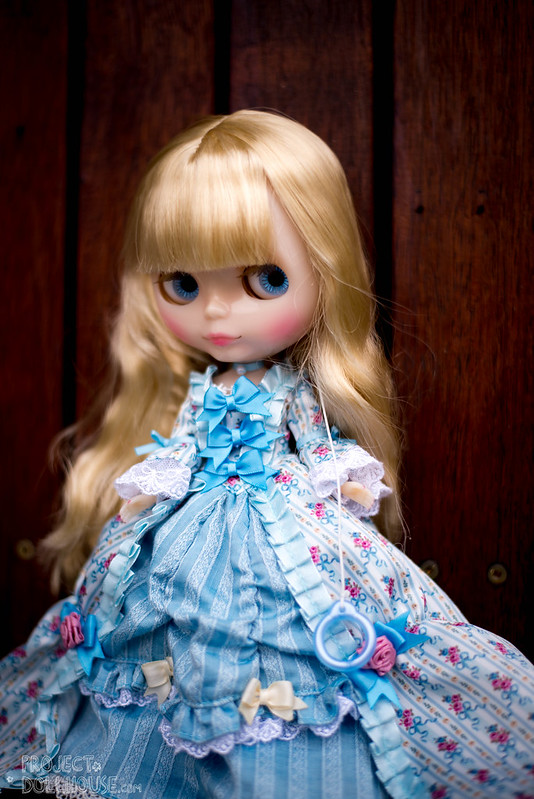 Okay, I am not going to lie. When they first released pictures of Dauphine, I wasn’t exactly into her. She looked gaudy, and a bit over the top for me. I like girls with dark or weird coloured hair (like Alexis!) but hers was this blond colour. The promo pictures didn’t help a lot either. Then the lottery came. I was completely enamoured with Cherry Beach and lost that, in sadness the husband man who didn’t really understand how it worked signed me up for Dauphine – and I won! I hadn’t won one since Curly Blue, so even though I wasn’t super keen, she was a anniversary girl so maybe she wouldn’t be too bad. 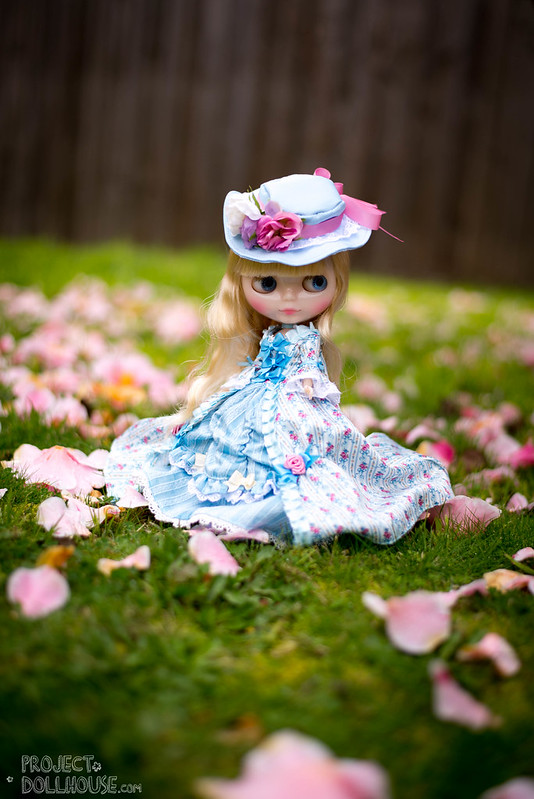 I have to say I am so glad she’s here at the dollhouse, she’s just sooo much prettier than I have ever imagined. I can’t wait to redress her. Her skin is just lovely. She makes me want the other translucents again!

So if you come across her – give the chickadee a chance. There’s real beauty under all the pomp!

(Speaking of which, that photo up above… I am so proud of myself that I managed to get her to stand up. She’s easier to stand up than most other dolls because of her gigantically weighted dress!!!)