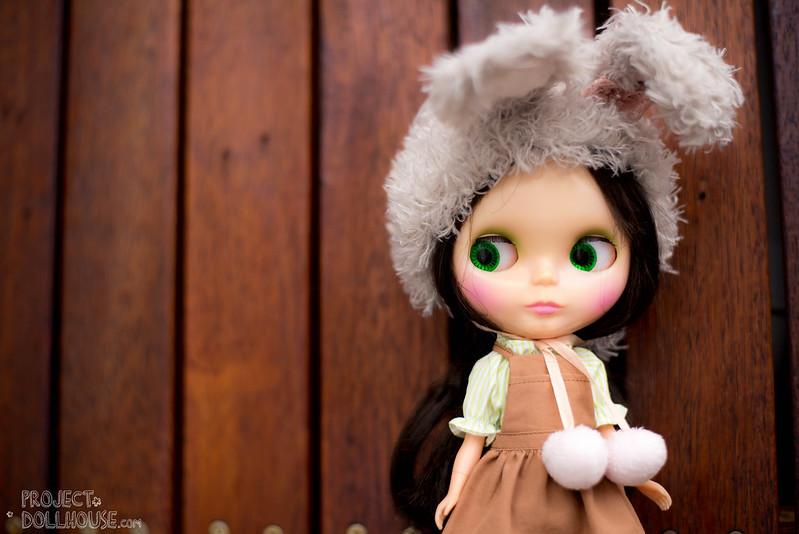 Remember a few months ago when I was just about to leave the country and the “original” arrived at my door? It was dark when I opened her box and I didn’t have the opportunity to take a proper photograph of her.  So here she is – in bunny ears of course.

I am temporarily calling her “Raven” after her hair. I’m finding it difficult to give her a name – she’s over a decade older than me, after all. I was hoping the bunny ears would help! But I feel like… she’s a bit more special. 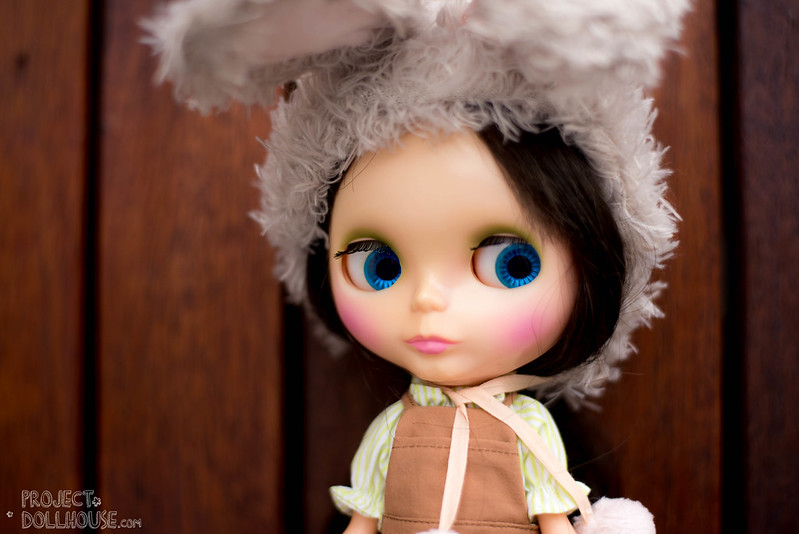 A kenner is very different to a normal Blythe. People talk about a “Kenner Glow” and I think that’s probably from the plastic being touched and rubbed for a long part of it’s life, or just…. plastic sweating? Is that a thing? Raven has a lovely glow half way between a translucent and a matted doll. Her plastic, and smell, reminds me a lot of my childhood (probably because my parents were definitely raised in the 70s… and kind of kept that decade around). 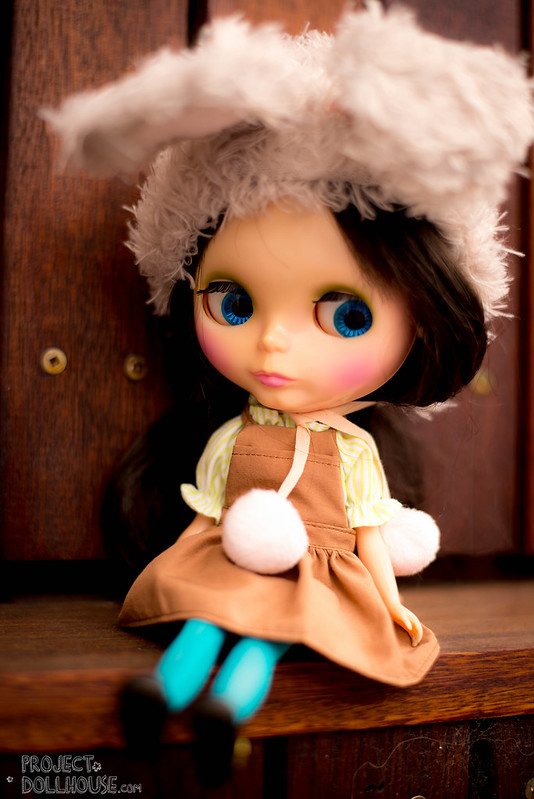 Her eyes roll with that lovely kenner “pip”. I was lucky with my girl, she’s mostly intact except for a wicked body crack. Her eyeshadow is holding up pretty well, seeing as she put it on over 40 years ago. Someone in her previous life has managed to touch up her blush expertly. Her hair is still fabulous, and only thinning a bit (lost a few strands, not whole plugs) on her fringe. Her hair feels a bit like a fine bale of hay (well, what you would imagine that to be – she’s slightly wirey.) She’s a bit old in the knees, and they don’t bend so well, one of them bends better than the other, but I think she prefers to stretch her legs.

She comes with a lot of history, this one. I can trace back at least 3 of her owners on facebook. She once belonged to Freddy Tan, who I am sure got her from the US, before she flew to Spain, and ended up down under. She’s definitely seen a lot of the world!

I do wonder where her stay with me will take her next!