I was struggling to be inspired by my Yeolume Blackberry Ramen, and I always ended up reaching for Udon (my Podo) instead. To give her a bit of a freshener, I sent her with Marshmallow to get an update from the talented Nomyens.

Once again, I cannot express how happy I am to have Nomyen’s work. Her pricing is super-affordable I think for what she does. 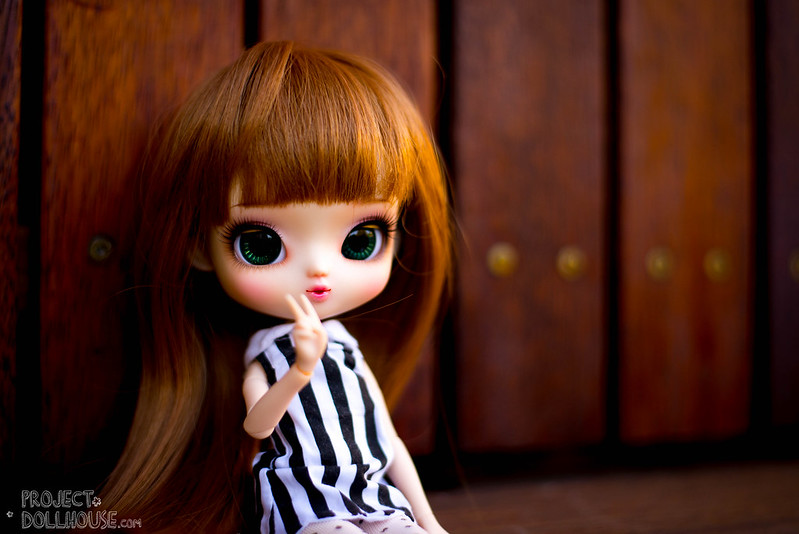 Ramen has an updated sweet little face, with shimmery pink eyeshadow and brown underneath, a peachy blush and cherub-like lips. She sits on her pure neemo body and still wears her original Blackberry wig (which is fantastic!)

Her eyechips are a sparkly green which I painted and she’s retained from her previous incarnation. 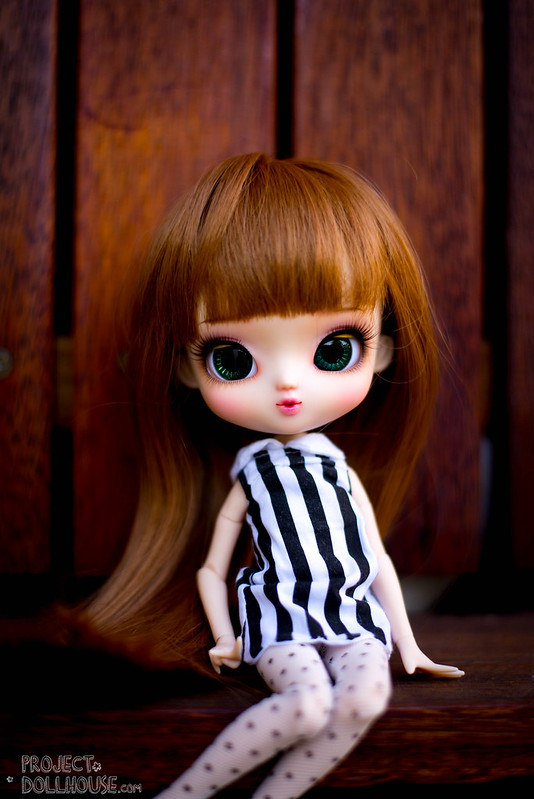 Nomyen’s did something interesting with her eyes, she placed the lashes underneath the doll eye cut out (much like a BJD) instead of the fake lids that AGA gave her. This really makes her eyes pop! 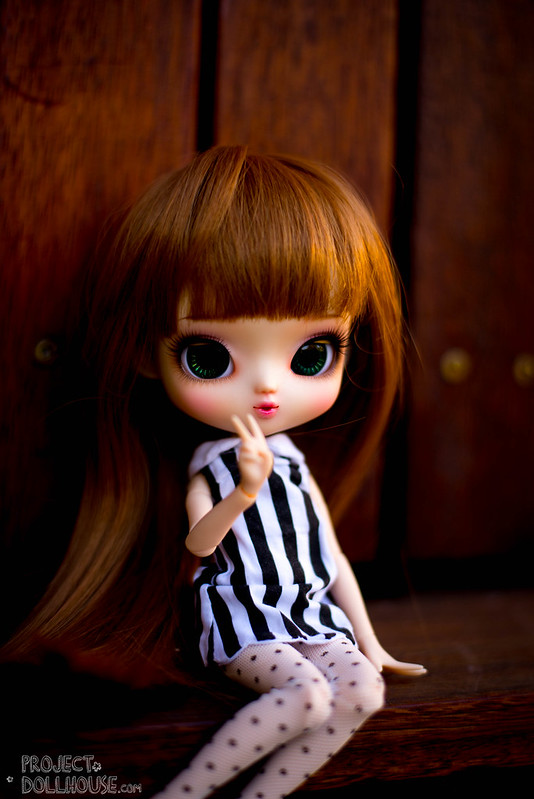 She is a gorgeously sweet little thing!!! I am constantly amazed by how well the Yeolume mould adapts to different face ups. I really hope that they release more of this little darling in the future.