Yeolume is a weird little dolly in the Pullip family. She appeared for two releases (Podo and Blackberry) before her releases dried up faster than the Sahara. I’d be the first to admit that she wasn’t my favourite dolly, but after seeing some truly gorgeous versions of her… I decided she may have potential as a customisation. 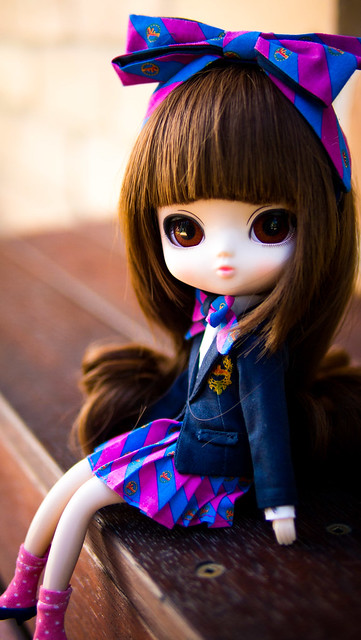 Yeolume in her PODO stock (note her Noodle legs!)

Podo arrived from the Rakuten global marketplace. She came with a cute little school jacket, socks and shoes, a tie, and a fitted shirt. Her original face-up though, was poorly done with mis-matching eyebrows, two little spots for blush and bizarrely flat eyechips! Her body is wired – she looks like she may have a Blythe body, but her legs don’t click into posing positions, but instead bend like a noodle without joints. I decided that she very much needed some TLC. 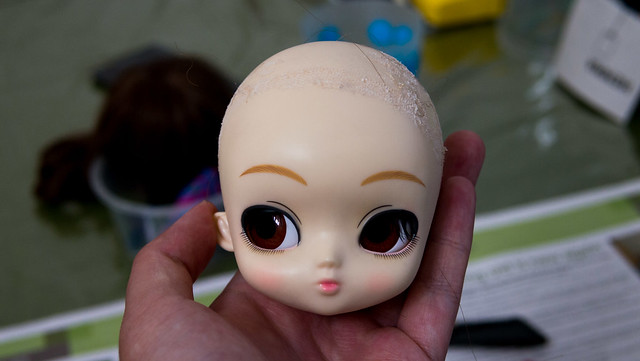 You can see her original faceup clearer here. Those little black lines around her eyes really did a doozy on her eye shape!

One thing to mention though is that Yeolume came with one of the most fabulous wigs I had ever encountered. It was very soft and extremely easy to maintain. I’m having a bit of a hard time justifying giving her another wig! 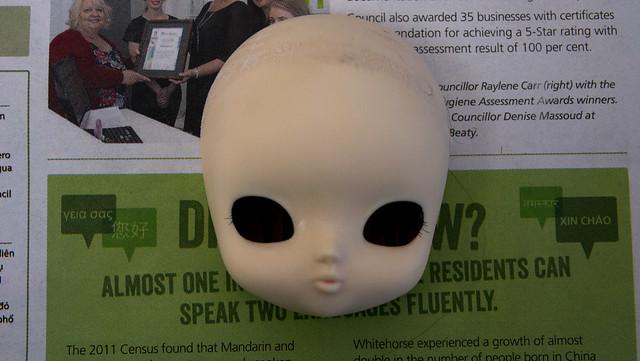 Here she is sanded.

Her eyemech is quite different to a Pullip’s and much like a Dal’s. Her lashes stay on, as well as her eye lids. They are glued to the back of the faceplate. Her original lashes were kinda crunchy…and really uneven. Sadness. 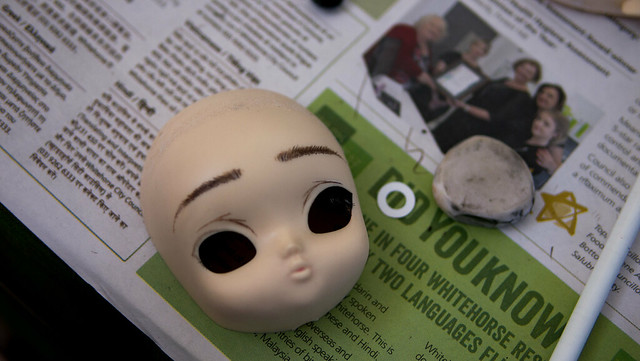 Above is me marking out her eyebrow and eye lines. I quickly got rid of the lid-line – did not like that. That’s why the rubber came out! haha. I did enjoy giving her much stronger eyebrows though.

Yeolume has quite a receptive sculpt to customisation. She’s quite forgiving and I do hope they release more of her. I think that she could become something quite amazing – if Ars Gratia Artis ever released any further versions of her. 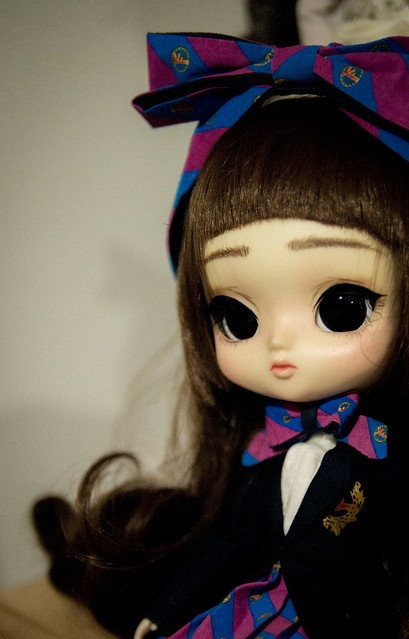 This was her in her temporary faceup (as I hadn’t gone over the lashes or the eyes at this point and they were only roughly drawn out). She still had her noodle body at this point.

After this, I re-bodied her in a white pure neemo XS body. This required a bit of re-sculpting of the neck peg, but if anyone is interested in a tutorial do tell me. This made her infinitely more posable, but it also meant her shoes no longer fit her! So she definitely needed a new outfit! 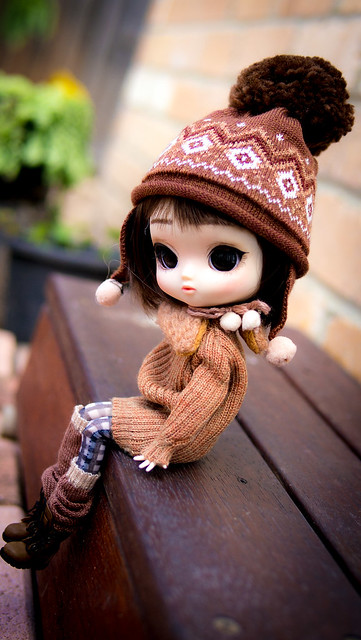 Above is her in her ridiculous hat (I love that hat!) and her new posable body…. With joints! 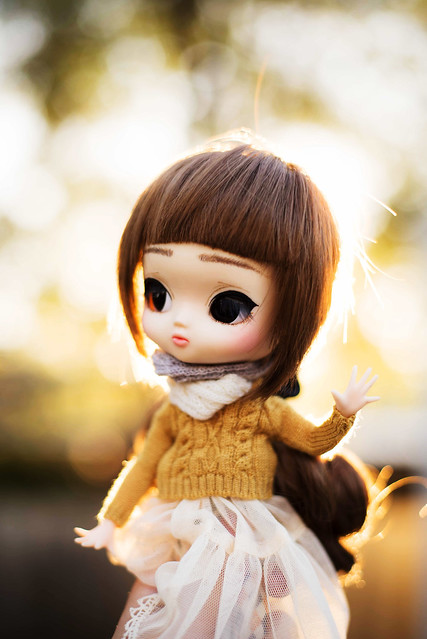 And complete! (for now!) She’s slowly become one of my favourite dolls (and definitely my hubby’s favourite!)

You can see her evolutions in her flickr album.