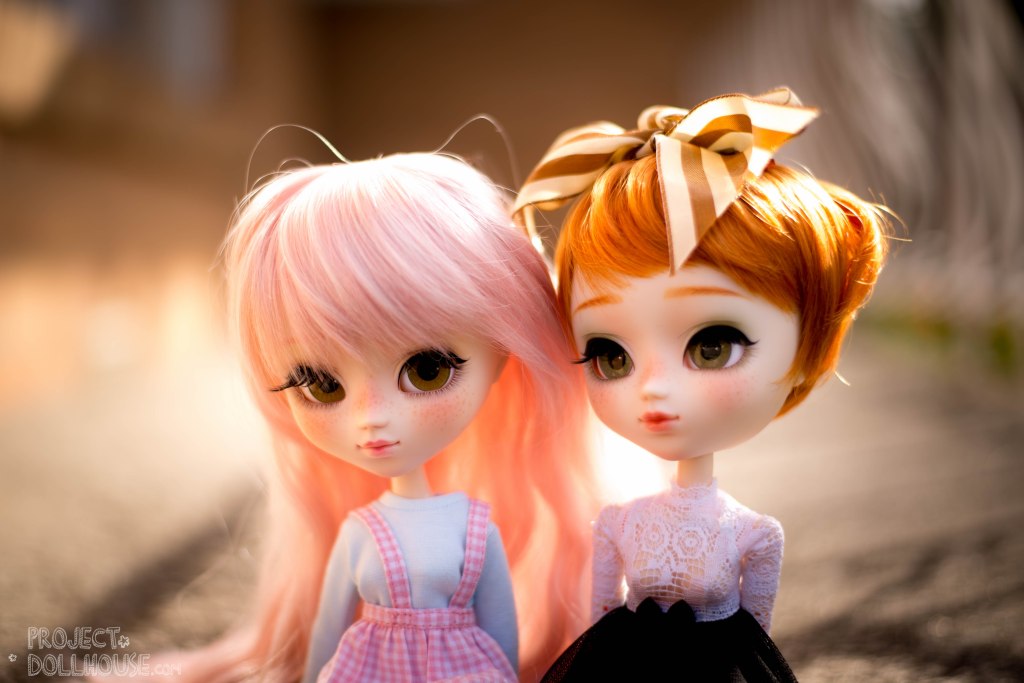 Chibi was created in April of 2015 from a Make-It-Own kit by Maria of Poison Girl. She’s a pink-haired beauty and was delivered wearing Ronmielshop clothes. I bought her second hand from her first owner and she arrived packaged beautifully, just as Maria would have sent her to travel (she came in her original Poison Girl box). 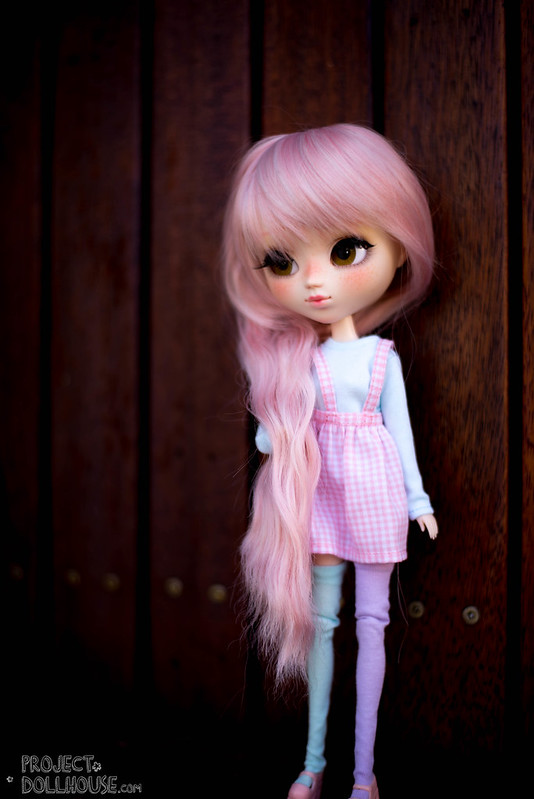 The outfit is adorable right? I wasn’t such a huge fan of her pink hair to start with when I saw her photos online, but in person, it’s such a soft and gorgeous colour. 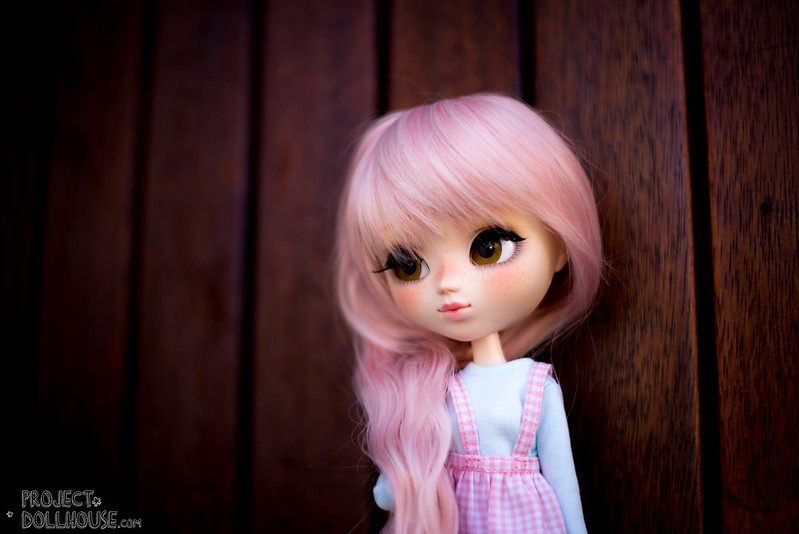 She has a gorgeous signature Poison Girl faceup, with olive eyes and peachy blush and freckles. She has pretty eyeliner, and plump rose-pink lips. 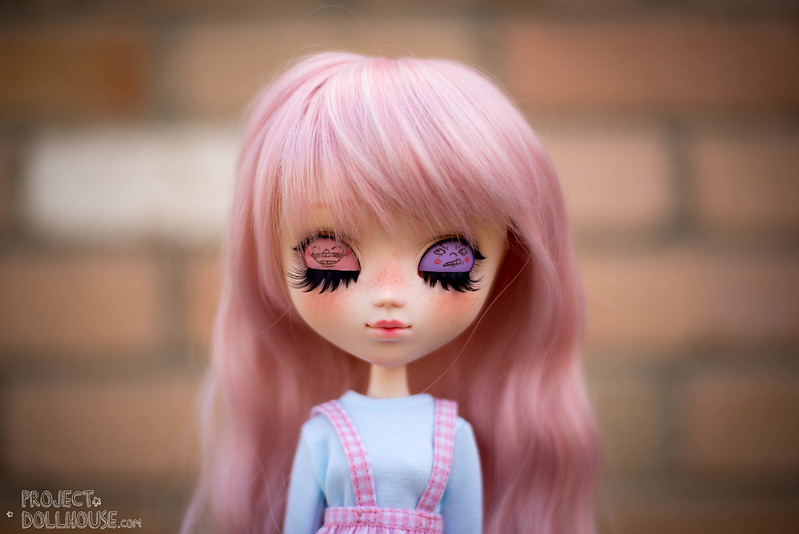 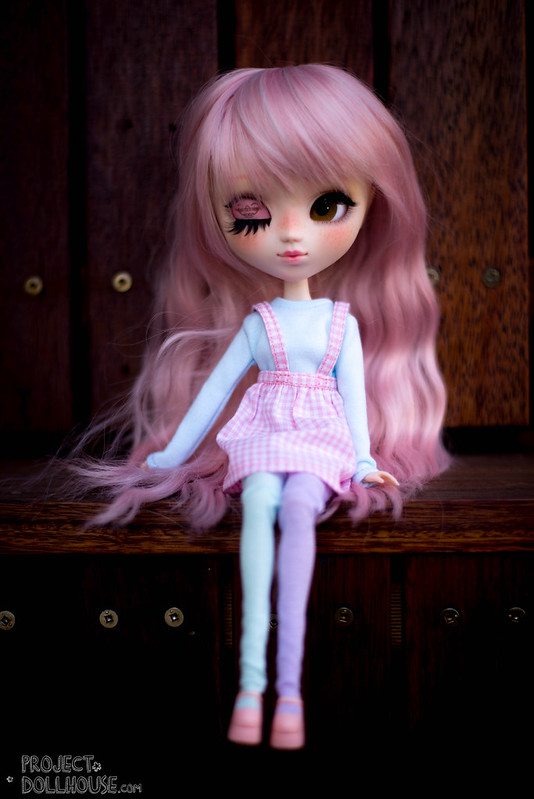 I am completely in love with her. However, she did come with some major problems (which have now been fixed!) – which I will address in another post. They don’t take away from how beautiful she is though. 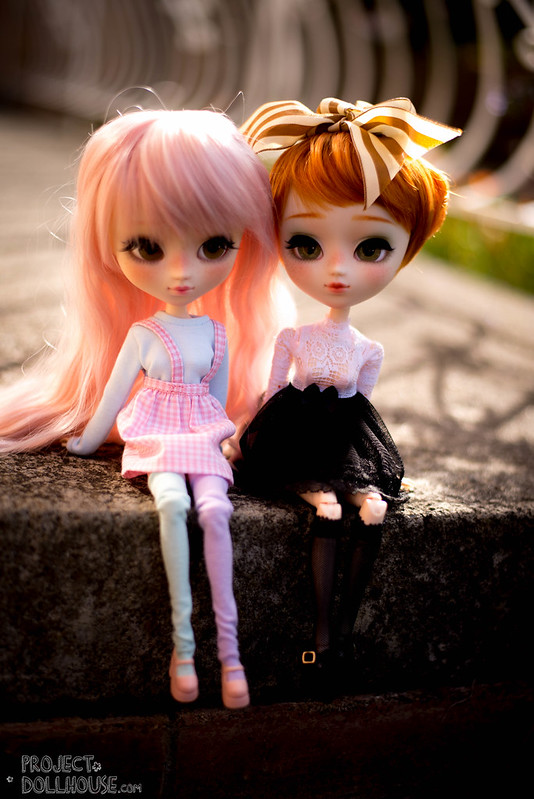 I think Toffee is pleased she has a sister! Chibi is going to be re-bodied on an Obitsu to match her sister as well as had a few other little repairs done 😀